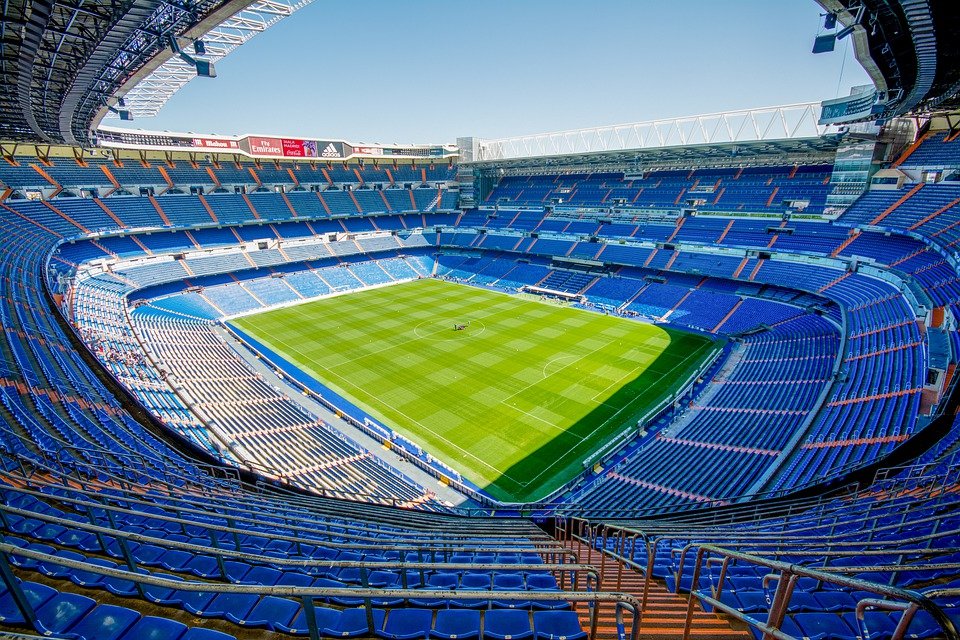 Football is a sport loved by millions around the globe, but few players in the recent history of the game have played such a significant role as the Arabian stars. Superstars that transcend the sport in their home countries have hit the headlines around the world by winning elite European competitions and international prizes, with some even now considered on the same levels as Lionel Messi and Cristiano Ronaldo.

It’s fair to say that the Arabian football landscape has never looked as bright as it does in this modern day. Players are excelling in their club careers far and wide, and the excitement is certainly building up thanks to the Arabian World Cup in Qatar. Competitions in Arab countries have excelled over recent years with the standard of the teams involved in the Arab Cup improving with every edition. The love for the sport has always been there, but only now are we seeing the talent that has been promised, which has led to a growing number of fans using betting sites in Arabic such as https://www.arabwinners.com to view live-streamed football for free.

We may still be at least 50 years away from seeing an Arabic team win the World Cup, but with the developments made at the grassroots level progression is certainly been made, with the recent performances of the Qatari national side highlighting that.  Qatar more than held its own in the 2021 Gold Cup, reaching the semi-final stage, and they also won the Arabian Gulf Cup for the third time in their history in 2014. However, with the strides that have been made it’s easy to see that the star players playing around the world have inspired a generation.

A case can certainly be made for Mohamed Salah being the greatest Arab player to ever play football. Similarities have been made between Salah and Lionel Messi over the early weeks of the new Premier League season, with the Egyptians goal against Manchester City in a 2-2 draw being a perfect drawing point. He still has a long way to go before truly keeping that company, but it’s hard to dismiss the idea that he isn’t one of the best players in the world at present.  Salah has been a revelation since joining Liverpool for just under £40 million at the start of the 2017-18 season, as he has gone on to win two Golden Boots and also break the scoring record for a 38-game English season. He has constantly been on the scoresheet for the Reds for those that follow EPL live scores and follow the action via football streaming websites. Salah was an integral part of the Liverpool side that ended a 30-year wait for an English top-flight title and has also won the Champions League.

Riyad Mahrez is also one of the most influential players in the Premier League and has been since gaining promotion with Leicester City. He was part of the history-making Foxes side that won the Premier League in 2015-16, despite being valued at 5,000/1 to achieve that feat. His game has reached new heights since leaving the King Power, winning a further two titles with Manchester City. During his time at the Etihad, he has also won the EFL Cup on three occasions, the FA Cup, and the Community Shield. For those that follow Premier League results, he often chipped in with important goals throughout the 2020-21 season. International success has also been achieved by Mahrez in the past couple of years, as he was part of the Algeria team that won the Africa Cup of Nations in 2019.

It isn’t just present-day players that have paved the way for future generations, as many will consider Frenchman Zinedine Zidane to be the best Arabic football to have ever played the game. The legendary midfielder won the World Cup and EUROs with France, but it was his club career that caught the attention of fans. His record move to Real Madrid came in 2001, as he signed from Juventus for a fee of around £70 million.  Zidane won the Champions League in his first season with the club, scoring the goal that many consider the greatest of all time in the final against Bayer Leverkusen. That would be his only Champions League success as a player, but he did also win on La Liga title and the Super Cup.

One of the best full-backs in the world is also an Arab, as Moroccan international Achraf Hakimi has already played for some of the most illustrious teams throughout his career. He made his breakthrough at Real Madrid, before moving to Borussia Dortmund on loan. After impressive during that spell in the Bundesliga, Inter Milan signed the 22-year-old for a fee in the region of £35 million.  He was an integral part of their team throughout the 2020-21 campaign, scoring seven goals in 37 league fixtures as Inter ended their eleven-year wait for a league title. Hakimi moved to PSG in Ligue 1 in the summer of 2021, and will likely be an integral player as they target their first Champions League success.

Few Arabic goalkeepers have been as influential for the next wave of players in that position as Yassine Bounou. The Moroccan international needed to work his way to the top of the game and enjoyed spells at Atletico Madrid B and Girona before signing for Sevilla on a permanent deal after an impressive season.  Bounou played a vital role as the club won the Europa League in 2019-20, making key saves in victories against Wolverhampton Wanderers, Manchester United, and Inter Milan. He also went on to score his first-ever goal in the 2020-21 season, as he found the net in a 1-1 draw against Real Valladolid in La Liga.

The future of Arabian Football Is Bright

The future of the game in Arabic countries is extremely bright, with a growing number of young players looking to make a breakthrough and follow in the footsteps of superstars such as Zinedine Zidane and Mohamed Salah. Arabic stars will certainly have the spotlight on them next year, as the biggest party in world football takes place in Qatar, as the World Cup takes place.